Leading representatives of the big six energy suppliers have defended their corner. Answering questions on the electricity market reform they told the energy select committee that their reputation as fat […] 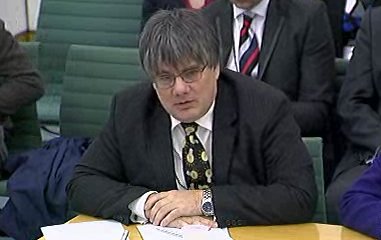 Leading representatives of the big six energy suppliers have defended their corner. Answering questions on the electricity market reform they told the energy select committee that their reputation as fat cats was unfair.

Chairman of the committee Tim Yeo asked: “Ofgem have told us you’ve whacked up your margins is that true?”

Ian Marchant boss of SSE quipped: “I wish we were making margins our gas supply business has lost money every year for the past five years. I’m not sure that’s a sustainable business. Yes we are seeking to make profits in this business. We are generally failing. This is not a business that’s awash with cash as people like to think.”

John McElroy, Head of Policy and Public Affairs at npower agreed: “We made no profits in our retail business in 2009, 2010 doesn’t look any different. We need to recognise there are very substantial cost pressures on the business, including increasing network costs and a whole range of government initiatives in terms of feed in tariffs, RO, measures to support vulnerable customers so there are a whole host of issues that are substantially driving costs up as well.”

Others said the balance between profits and service was a hard one to maintain at present. Vincent de Rivaz CEO of EDF told the MPs: “I would just like to say two things, one is that EDF energy when the cold weather started to bite announced a winter price freeze and two is the overall issues of how the market works is about having a fair balance between the interest of the shareholders and the interests of the customers, which is why we’re talking about electricity market reform.”