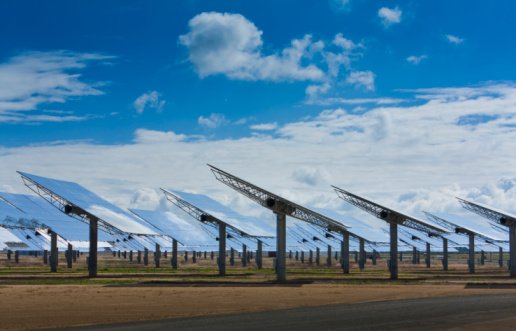 As a result, Energy Secretary Chris Huhne has today launched a comprehensive review of the FIT’s scheme.

Mr Huhne said: “This review will provide long term certainty while making sure homes, communities and small firms are encouraged to produce their own green electricity. Large scale solar installations weren’t anticipated under the FITs scheme we inherited and I’m concerned this could mean that money meant for people who want to produce their own green electricity has the potential to be directed towards large scale commercial solar projects.”

The Department for Energy and Climate Change said that they had brought forward the review, originally scheduled for 2012, because of the risk posed by an increasing number of large scale solar farms.

A spokesperson from DECC told ELN “FIT’s were intended to incentivize small home-owners and communities’ microgeneration. It won’t do this if large scale industries exploit a loop-hole in the system.”

Sceptics are worried that commercial investments would swallow up the funding available from the Feed-in-Tariff, as the current maximum output, 5MW, is big enough for industrial applications.

Juliet Davenport, CEO of Good Energy, said: “FiTs have proven to be the single most effective way of driving new investment in renewables in the UK. The Government’s review represents a crucial window of opportunity to build a revamped FiT system, creating long term certainty for all consumers and investors. This review could be the key to meeting the UK’s renewable targets and driving down carbon emissions – it’s critical they get it right.”

There have been nearly 20,000 solar installations registered to date, with the majority being domestic.