Shale gas could get us to low carbon future quicker

Using shale gas could help the UK’s haulage sector make a 100% switch away from diesel, claims a new study. The paper was presented to the climate change select committee […] 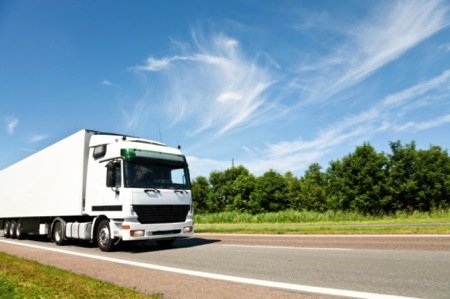 Using shale gas could help the UK’s haulage sector make a 100% switch away from diesel, claims a new study. The paper was presented to the climate change select committee as part of a parliamentary enquiry into the pros and cons of shale gas.

The authors of the paper, gas consultants CNG Services, claim using shale would keep natural gas prices down to almost half that of oil. They also suggest that switching to trucks that use a mix of 80% gas and 20% diesel could slash CO2 emissions by a third.

CNG’s managing director John Baldwin told ELN that a change to shale and natural gas was the only option for a lower carbon transport sector: “There are two benefits for the environment from using shale gas. The first is the lower CO2 emissions, which emit 20-30% less than diesel. The other benefit is that there are no issues with air quality, whereas diesel emits particulates and NOx – oxides of nitrogen – both of which are poison.

“There is absolutely no down side to it. There is no real alternative, unless you count biodiesel – but that comes from crops. When the world population in 2030-40 reaches 12 billion, you’ll want those crops for food. You can’t eat electricity.”

However not everyone sees shale as a panacea. Leading academic Professor Kevin Anderson of ManchesterUniversity told ELN:”There are two main issues with shale gas. One is local – there is a potential risk of contaminating ground and surface water by extracting shale gas. We just don’t know enough about the science.

“The other issue is climate change. Per unit of energy, shale gas emits less CO2 than coal, but because of the huge demand for energy across the world it will only be used in addition to other fuels. There’s a serious climate change issue here.

The UK has vast reserves of shale gas as yet untapped.