Sharp, Europe’s largest solar panel manufacturer, has announced the creation of 300 new jobs at its plant in Wrexham, North Wales. The new jobs follow the extension of production facilities […] 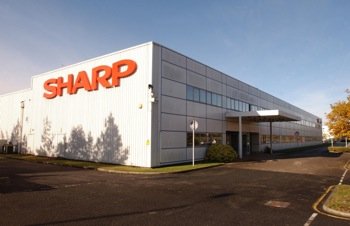 Sharp, Europe’s largest solar panel manufacturer, has announced the creation of 300 new jobs at its plant in Wrexham, North Wales.

The new jobs follow the extension of production facilities at the factory and boosts the total number of employees from 800 to 1,100. Sharp has invested in excess of over £20 million in the factory since it opened. It plans to double annual production to 500MW from March.

Andrew Lee, head of international sales for Sharp said: “This job creation proves that there is an appetite for solar technology in the UK and that this sector has huge growth potential, bucking the trend in the wider economy. The FIT led to a shot in the arm for the solar industry, and we’ve responded by creating jobs.”

FITs (feed in tariffs) have boosted the UK turning it into one of the world’s fastest solar markets. Its predicted that by 2015 there will be around 180,000 installations a year almost a ten fold increase on today’s levels.