2011 could be profitable say green fund

Despite a sluggish start to the year, the rest of 2011 should be profitable for equity investors, say WHEB Asset Management. Clare Brook, a Fund Manager at WHEB, said: “the […] 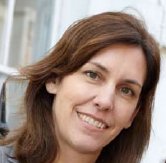 Despite a sluggish start to the year, the rest of 2011 should be profitable for equity investors, say WHEB Asset Management.

Clare Brook, a Fund Manager at WHEB, said: “the market had run up so strongly from last year that it had to plateau.” They say investors should be confident of a strong recovery as interest rates remain low.

WHEB specialise in sustainable and environmental funds and expect their focus on growing markets such as that of China to increase through 2011. Last year China announced their next five year plan aimed to meet their carbon reduction targets- their low-carbon energy market could be worth an estimated $2.2 trillion by 2020.

However, they warn not to expect much more in the way of global policy-making, even though there has been a fair amount of activity in the UK, such as the Electricity Market Review. Ms Brook added: “We want to see from the UK an alternative energy policy. At the moment I think we’ll struggle to reach the 20% renewables target.”