Energy watchdog Consumer Focus has launched a complaints league table of the Big Six energy suppliers in the UK. And Scottish & Southern Energy comes out top, with npower joint […] 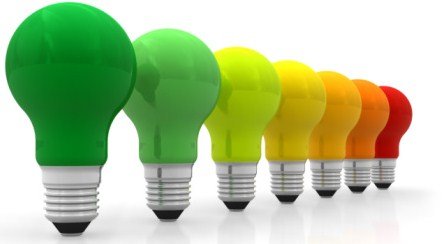 Energy watchdog Consumer Focus has launched a complaints league table of the Big Six energy suppliers in the UK.

And Scottish & Southern Energy comes out top, with npower joint bottom with EDF and Scottish Power. Second was British Gas and third place went to EON.

The table has been compiled to help consumers decide which supplier will give them the fewest problems and best handle any issues that do arise.

The new rankings are based on the most comprehensive energy complaints data available and will be published every quarter with energy companies monitored continually and figures updated.

The performance guide, which is based on a star rating, has been compiled after analysing complaints received through Consumer Direct, Consumer Focus and the Energy Ombudsman.

To present the figures in a transparent and user-friendly way, Consumer Focus has devised a model to award stars based upon a weighted score given to each of the ‘Big Six’. This score is based on how many complaints the supplier received in relation to its market share, as well as the severity of each complaint. For example, a complaint is weighted more heavily if a consumer spent a lot of time getting their problem resolved, such as repeatedly contacting their supplier or contacting an independent organisation for advice and support.

During the last financial year, the ‘Big Six’ received around 4.6m customer complaints. In Consumer Focus research, nearly half of consumers said that having information to compare how companies handle complaints would be useful when deciding whether to switch provider.

With switching on many customers’ minds due to price rises and cold weather, Consumer Focus is advising people to weigh up what is the best deal for them, using the new complaints table and a price comparison service accredited by the watchdog’s Confidence Code.

The league table saw Scottish and Southern Energy score four stars. At the other end of the scale, Scottish Power, EDF and npower were awarded just two stars for their performance between July and September this year.

The table only gives data for the Big Six, which account for over 99% of the domestic market. Consumer Focus aims to publish a similar league table for smaller suppliers in April next year.

Consumer Focus chief executive Mike O’Connor said: “We know energy companies are rooted at the bottom of our consumer trust survey. They have got a lot to do to win the respect of their customers and getting a firm grip on customer service and complaint handling should be a priority in the boardroom of these companies. They should all be aiming to be a five star service.

“Scottish and Southern Energy are the clear leaders, but the difference between energy suppliers is stark when they all sell an identical commodity under the same market rules. Having three suppliers languishing on just two stars is a pretty miserable state of affairs. Good service is really important to customers and people want the truth about complaints so they can make informed choices when deciding whether to switch.”