As energy price hikes from one of the ‘Big Six’ suppliers kicked in yesterday, a Welsh MP has slammed the increases. Scottish & Southern Energy raised its tariffs by 9.4% […] 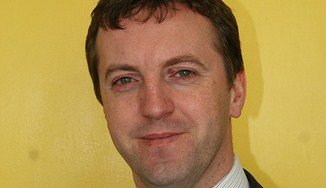 As energy price hikes from one of the ‘Big Six’ suppliers kicked in yesterday, a Welsh MP has slammed the increases.

Scottish & Southern Energy raised its tariffs by 9.4% from yesterday. SSE is the parent company of Swalec, which supplies much of the electricity market in south Wales market.

Plaid CymruMP Jonathan Edwards said the increases “are very concerning, particularly at a time when we are being hit by a bitterly cold snap”.

He said that according to National Energy Action Cymru, a third of propertiesin Wales live in fuel poverty “and already many find themselves making the choice between heating and eating”.

Mr Edwards added: “There can be absolutely no justification for such a huge hike in prices while profit margins have risen by a whopping 40% in just three months.”

The MP said he welcomed Ofgem’s announcement last week that it would be investigating the prices of the ‘Big Six’ and added: “We need a serious review of the competitive practises of energy companies by the regulator.”