George Osborne yesterday announced a billion pound investment in the Green Bank, CCS and millions for offshore wind. He promised that research into climate change would be protected and said […] 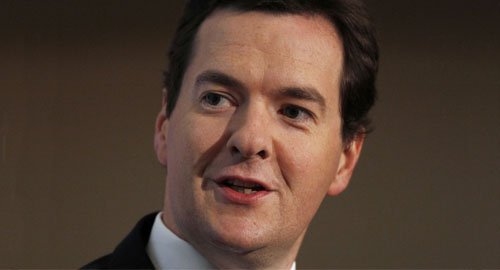 George Osborne yesterday announced a billion pound investment in the Green Bank, CCS and millions for offshore wind. He promised that research into climate change would be protected and said growth in green energy would be a central part of Britain’s future.

He told the House of Commons: “Today even in these straightened times we commit public capital funding of up to a billion pounds to one of the worlds first commerical scale Carbon Capture and Storage demonstration projects, we will also invest over £200m in the development of offshore wind technology and manufacturing at port sites.”

He joked that protestors had scaled the Treasury begging for the Green bank to go ahead and they’d get their wish.

“I have set aside in the spending review one billion pounds of funding for that bank, but I hope much more will be raised from the private sector and from the proceeds of future government asset sales. The aim of all these investments is for Britain to be a leader in the new green economy. Creating jobs, saving energy costs, reducing carbon emissions.”

The Chancellor also told renewable energy campaigners the news they wanted to hear about heat. “We will introduce incentives to help families reduce their bills. We will introduce a funded renewable heat incentive, our green deal will encourage home energy efficiency and no upfront costs to home owners and allow us to phase out the home front programme”

But it wasn’t all good news as he announced a cut in the energy department’s budget.

“Overall the total resource settlement for the Department for Energy and Climate Change will fall by an aveage of five per cent a year but there will be a large increase in capital spending partly to meet unavoidable commitments we’ve been left on nuclear decomissioning.”