Speaking at the Tory Conference delivering his first speech as Prime Minister Mr Cameron said he wanted to encourage the UK’s entrepreneurial spirit. he talked about the “big society” and […] 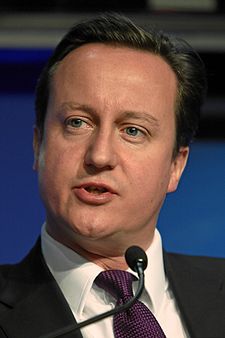 Speaking at the Tory Conference delivering his first speech as Prime Minister Mr Cameron said he wanted to encourage the UK’s entrepreneurial spirit. he talked about the “big society” and part of that meant giving people the freedom to develop new ideas and technologies.

Mr Cameron told delegates: “I don’t believe in laissez-faire. Government has a role not just to fire up ambition, but to help give it flight. So we are acting to build a more entrepreneurial economy. Tens of thousands of university and apprenticeship places and a new generation of technical schools.

“A new Green Investment Bank, so the technologies of the future are developed, jobs created and our environment protected. Big infrastructure projects like high speed rail, super-fast broadband, carbon capture and storage.”

He also ended with a commitment to create a better environment for long term investment which would be vital for the energy sector which needs long term assurances to stump up the billions needed to secure supplies.

“Your country needs you. It takes two. It takes two to build that strong economy. We’ll balance the budget, we’ll boost enterprise, but you start those businesses that lead us to growth,” said the Prime Minister.