London can lead the world in carbon

The Ex Deputy PM was opening today’s Carbon Show in Islington by hailing the work being done in the UK. “London is emerging as an international powerhouse of carbon finance […] 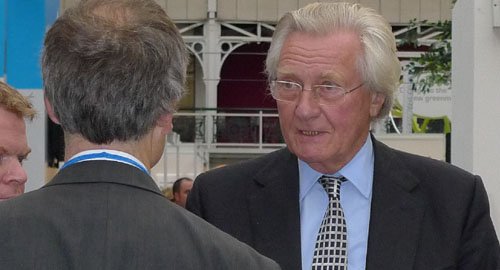 The Ex Deputy PM was opening today’s Carbon Show in Islington by hailing the work being done in the UK. “London is emerging as an international powerhouse of carbon finance and carbon management,” he said.

Mr Heseltine who was giving a speech alongside Energy Secretary Chris Huhne spoke of the need for a global framework to tackle carbon management.

“I wouldn’t pretend to be an expert, I’m not a scientist but as a politician one can see quite clearly that changes are already apparent. Something is happening that is not possible for the body politic to ignore in terms of the world climate. You can’t escape from the fact that we in the rich world do have a very particular responsibility.”

Mr Huhne showed his solidarity reiterating the government’s energy commitments: “This government is determined to do our bit. This is why we are committed to a 10% carbon reduction of our estate.” He also told delegates of a three-step-plan as part of the ‘Green Deal’.

The first stage aims to save energy by making 26million homes cut their carbon output by 80% by 2050. There are currently around 10,000 jobs in the low-carbon economy but the government scheme aims to create up to 250,000. The second involves “cleaning up” the power supply. Mr Huhne claimed the UK had outdated infrastructure which would have to be revamped by a tenfold increase of offshore wind farms and a vast investment in other renewables. The last stage involves an international deal in which Europe will be expected to make 30% reduction cuts by 2020.

Mr Huhne’s comments come on the day industry regulator Ofgem estimated more than £200 billion needs to be spent in the next decade to secure supplies for consumers and move to the low carbon economy. Much of this will have to be raised from consumers in terms of price rises.