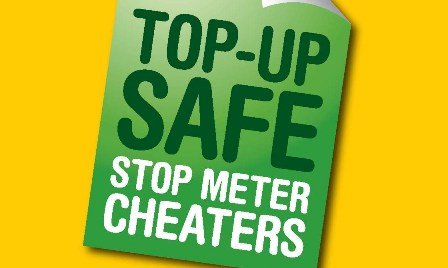 Criminals are selling electricity meter credits in a doorstep scam which is sweeping the country.

All six major energy providers – British Gas, EDF Energy, E.ON, npower, Scottish Power and SSE – have been affected by the con, which has so far fleeced 85,000 households.

The criminals use cloned keys to offer electricity top ups. Turning up on residents’ doorsteps, they offer people £50 of electricity meter top-up for a cash payment of just £25.

But energy companies know when they have not received payment for electricity used and any customer buying top-up from a criminal will end up paying twice, first to the conman and again to the energy supplier.

Companies have contacted their electricity prepayment customers to alert them and have also teamed up with energy watchdog Consumer Focus to launch a campaign called Top Up Safe, which highlights the best way to top up and stresses that energy firms do not sell top ups on the doorstep.