Jaguar, BMW, Nissan and Toyota were some of the major names on show at the Low Carbon Vehicle conference, which showcased the latest in green motoring technologies. The car manufacturers […] 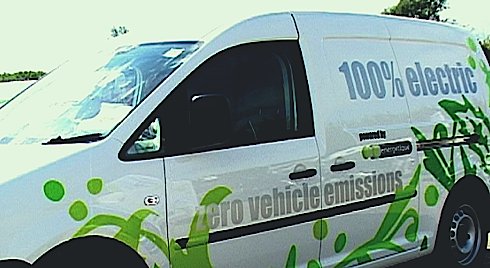 Jaguar, BMW, Nissan and Toyota were some of the major names on show at the Low Carbon Vehicle conference, which showcased the latest in green motoring technologies.

The car manufacturers and energy developers there demonstrated fully electric, biofuel and hybrid versions of their vehicles.

Many of the cars were variations of production models such as the Range Rover, Mini and Jaguar XJ, all either converted or built specifically to be low carbon. The majority of models were fully electric, so is that the route of future transport?

ELN spoke to Dr Mike Aherne of the University of Warwick, who told us manufacturers were certainly taking electric vehicles much more seriously: “No doubt fuels will be more expensive than they are today. In the short term, we’re going to see biofuels coming in as a blend in fuels. But ultimately, I think we’ll have an all electric fleet. In the long term, I think EVs only really make sense from a carbon point of view if you de-carbonise the grid.”

Charging these electric cars is currently a problem. Where do you plug them in? Can the grid cope? Dr Aherne admits it’s a serious issue: “If millions of people come home at 5pm and plug in, you’ll have a problem as the grid won’t cope. The infrastructure for refueling is not there.”

One of the event’s biggest attractions, the Mini E, is just one of these types of vehicle affected by such an infrastructure problem. Glenn Schmidt, head of Mini E, backs this view: “The challenge is getting the infrastructure to where the vehicles are parked. We need to co-operate with legislators to come up with solutions.”

In fact, charging was a major discussion point at the conference. Gareth Sutherland of Rolec, which specialises in making charging towers, spoke of the difficulties facing manufacturers as the differing plugs being used have left the industry in a similar situation to that of mobile phones. “I’m not surprised by the confusion – the regulations haven’t been set properly. It’s a chicken and egg scenario. Are people going to buy the cars if the charging infrastructures not there. Are people going to fit the infrastructure if the cars aren’t there?” But he does believe an industry standard will come along.

However you charge them, EVs will need to have a good range. At present, this is limited, so they’re really only an option in towns and cities. Commercial vehicles designed to pick up and drop off deliveries fit the bill which is why RLE, an Essex-based engineering firm, has converted a VW mini-van to be fully electric. It can cover 100 miles carrying a 650kg load after a maximum five-hour charge.   Paul Britton, head of engineering at RLE, told ELN: “We recognise there’s a market within the fleet and distribution sector not covered by the main car manufacturers.”

In a similar vein, a prototype black cab has been designed by Intelligent Energy, which specialises in fuel cell and hydrogen generation technology.   The taxi runs on a simple fuel-cell hybrid engine, meaning it can run for a standard day’s travel of 250 miles with just a five minute refuel.Or it can be charged by plugging it in.

This hybrid style of EV is certainly the near future. Dr Aherne concluded: “These hybrids are the intermediary step to ultimately an all electric vehicle fleet mainly for passenger cars. I think HGVs will stay on liquid fuels.”

Whatever the future technology we see on our roads, the conference proved the UK is certainly racing ahead when it comes to low carbon transport.