Lord Henley this week said that the private sector is lagging behind in tackling the effects of climate change on business. And he warned: “If the business sector isn’t climate […] 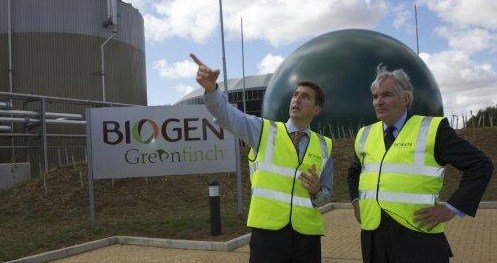 Lord Henley this week said that the private sector is lagging behind in tackling the effects of climate change on business.

And he warned: “If the business sector isn’t climate change resilient, then neither is our economy.”

Lord Henley, Parliamentary Under Secretary of State at Defra, was speaking at a CBI roundtable on climate change. He said that a recent MORI poll showed that most companies are not prepared for the impacts of climate change.

Three quarters of the businesses surveyed were concerned about climate change impacts, and one in three had recently been affected by extreme weather, yet less than a quarter had started to act on their concerns.

“The survey shows that businesses generally perceive a changing climate to be a threat rather than an opportunity. We’ve got to remember, it’s both. The UK already leads the way in climate resilience science and technology.

“And our strong finance and insurance sectors will be critical in driving adaptation forwards, while at the same time growing business and feeding the economy.”

Lord Henley said the challenge for business was two-fold – “build resilience, and get first mover advantage in new markets, here and overseas”.

For this to happen, he said businesses must have easy access to all the scientific evidence and information that’s available. And he urged companies to share information. “I understand very well the concerns about commercially sensitive information, but I think it’s essential that businesses become more open about how they are approaching adaptation.

“Because, one way or another, climate change is going to affect every organisation, every business, every community and every individual in this country. If we are to thrive economically and as a society, we must all adapt.”