The merged company called New International Power will be 70 per cent French owned and is estimated to secure sales of £11.2bn. It will have a combined generating capacity of […] 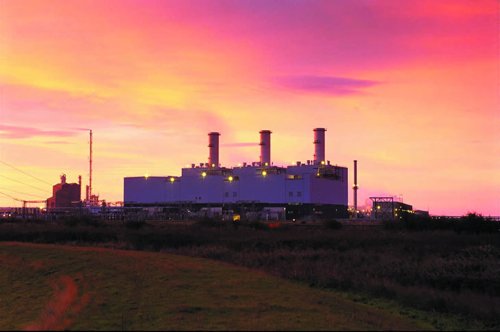 The merged company called New International Power will be 70 per cent French owned and is estimated to secure sales of £11.2bn. It will have a combined generating capacity of 66GW with a further 22GW capacity planned for the near future and so will become the world’s biggest independent power generator.

As part of the deal, International Power shareholders will receive a special dividend of 92p per share, totalling £1.4bn, in exchange for relinquishing control of the company. Despite its majority French ownership, New International Power will continue to be listed on the London stock exchange.

GDF which is Europe’s second biggest utility and is still 35% state-owned, will bring its non-European power generation businesses into International Power plus assets in the UK and Turkey. The company predicts the move will enhance growth because of its combined stronger presence in the fast growing economies of Asia and Latin America.

Gerard Mestrallet, the chairman and chief executive of GDF, said: “The combined business will have both the operational expertise and the financial flexibility to capture the significant growth opportunities in international energy infrastructure markets over the next decade.” International Power chairman Sir Neville Simms added: “This is a strong combination of two world class businesses that have a highly complementary geographic footprint.”

The merger means Britain now owns just two independent energy companies in Centrica and Scottish and Southern Energy and follows the sale of British Energy to another French company, EDF, for £12.5bn in 2008.