Electricity and gas infrastructure in many parts of the UK are under threat from extreme weather conditions, according to the Environment Agency’s head of climate change. Malcolm Fergusson issued the […] 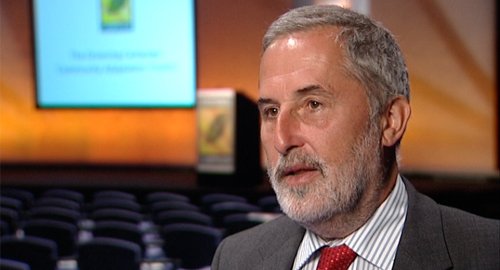 Electricity and gas infrastructure in many parts of the UK are under threat from extreme weather conditions, according to the Environment Agency’s head of climate change.

Malcolm Fergusson issued the warning at the launch this week of The Greening Campaign, a drive to involve communities in climate change adaptation.

Fergusson said: “A lot of our critical infrastructure is under threat. There is a threat from flooding and extreme heat will also affect electricity and gas.”

He explained that there had already been instances of energy power stations being put out of action by extreme weather, and the risks were only going to become greater.

“Flooding is here to stay,” he said. “Even if we stopped emitting greenhouse gases tomorrow, we are still expecting a 1.5 degree rise in temperature. We are locked into climate change come what may.

“Our summers will get hotter and drier and we will have warmer, wetter winters. We will have more river flooding and more surface flooding.”

Alex Nickson, strategy manager for climate change adaptation for the Greater London Authority, said that national and local governments had to face the harsh truth that some buildings and spaces cannot be saved from extreme weather, particularly flooding.

He said 15% of London lies on river floodplains and the threat of flooding was “the most pressing risk” to the capital.

“Not everything can stay safe all of the time,” he warned, explaining that the designs for some open spaces in London were now factoring in that they might one day be flooded. He added that choices needed to be made over what buildings and infrastructures must be able to withstand flooding.

Watch the full interview on our TV player