Hendry on Ofgem split and RHI

Energy minister Charles Hendry has said that overhauling Ofgem and a rethink on the renewable heat incentive are key to the UK’s energy ambitions. Speaking at a Westminster debate this […] 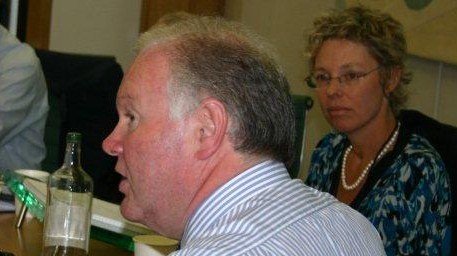 Energy minister Charles Hendry has said that overhauling Ofgem and a rethink on the renewable heat incentive are key to the UK’s energy ambitions.

Speaking at a Westminster debate this week on the UK’s efforts to hit its 2020 renewable energy targets, he said the restructuring of Ofgem was vital and would involve “separating implementing from regulating. Policy, and the balance of policy, will be a matter for ministers.”

Mr Hendry stressed that he wanted the government – and any successive government – to look beyond 10 years’ time. “I don’t see 2020 as an endpost: it’s a staging post to 2050. We do not want to reach 2020 and gasp over the finish line.”

The Renewable Heat Incentive – which under the Labour government was due to come into force next April but which has received a lukewarm reception from the coalition – sparked much debate at yesterday’s briefing.

Gaynor Hartnell, chairman of the Renewable Energy Association, which hosted the meeting, said it was vital that “a renewable heat tariff was put in place as soon as possible”. Also on the panel was Lord Hunt, who said that “without the RHI, it is difficult to see how we are going to meet our targets”.

However, Mr Hendry said: “We couldn’t see how it [RHI] could be paid for. We have only seen one side of the equation. We have not seen what the cost will be for driving it forward.

However he stressed: “We are looking at the right way forward for renewable heat.”

The minister also said that in the short-term, the need for clearer energy bills was paramount. “If we are going to have an honest debate with people then they have to understand what they are paying for.”