The six major energy firms in the UK have agreed to not doorstep customers who have said no to cold calling. In the past, residents who lived in recognised ‘no […] 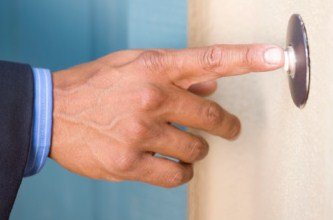 The six major energy firms in the UK have agreed to not doorstep customers who have said no to cold calling.

In the past, residents who lived in recognised ‘no cold calling zones’ were nevertheless visited by energy agents.

Now, following a campaign by watchdog Consumer Focus and the Trading Standards Institute, British Gas, EDF Energy, E-ON, nPower, Scottish Power and Scottish and Southern Energy have said they are committed to respecting the wishes of people who say no to cold callers.

Research by the energy regulator Ofgem in 2008 revealed that just under half of customers who switched supplier in response to a direct sales approach ended up on a worse deal.

This prompted the introduction of new protections around energy sales so that when consumers sign up to a new deal on the doorstep they must receive a price comparison to prove the deal being offered is better than the existing one.

Consumer Focus and TSI say that energy companies should have strict penalties for any sales staff who break the commitment on cold callers.

Audrey Gallacher, energy expert for Consumer Focus, said: “If householders clearly say they don’t want salespeople to call, energy companies should assume they mean it. Whether people display a sticker saying they live in a No Cold Calling Zone or scribble a sign on the back of a piece of paper and stick it in the window, energy companies should respect their wishes.

No Cold Calling Zones were launched by Trading Standards in 2005 and have grown in popularity.

The 2010 EnergySure Code update, agreed by the six energy giants, states that sales agents will not call on premises in recognised no cold calling zones where there is a message prominently displayed from the consumer in the form of a written note or sticker.