The UK government is to overhaul its inspections of North Sea oil rigs following the Gulf of Mexico disaster. Energy Secretary Chris Huhne yesterday said that while the UK’s monitoring […] 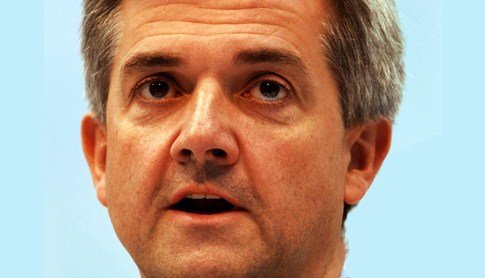 The UK government is to overhaul its inspections of North Sea oil rigs following the Gulf of Mexico disaster.

Energy Secretary Chris Huhne yesterday said that while the UK’s monitoring of offshore compliance is robust, it needs to be strengthened further in the wake of the Deepwater Horizon accident on April 20, killing 11 workers.

Mr Huhne said: “The events unfolding in the Gulf of Mexico are devastating and will be enduring. What we are seeing will transform the regulation of deep water drilling worldwide. It’s my responsibility to make sure that the oil and gas industry maintains the highest practices here in UK waters.”

He added: “I’ve had an urgent review undertaken to reassure myself and the public that all appropriate measures are in place around our shores. It’s clear that our safety and environmental regulatory regime is fit for purpose. It is already among the most robust in the world and the industry’s record in the North Sea is strong. For example, we already separate regulation of operations and safety.

“But the Deepwater Horizon gives us pause for thought and, given the beginning of exploration in deeper waters west of Shetland, there is every reason to increase our vigilance. Initial steps are already under way, including plans to double the number of annual environmental inspections by DECC to drilling rigs and the launch of a new industry group to look at the UK’s ability to prevent and respond to oil spills.

“In addition, I will review our new and existing procedures as soon as the detailed analysis of the factors which caused the incident in the Gulf of Mexico are available. This will build upon the work already begun by the newly formed Oil Spill Prevention and Response Advisory Group.”

The Department of Energy and Climate Change is to recruit extra inspectors in its Aberdeen office to facilitate the rise in inspections.

Large scale oil and gas accidents in UK waters are rare, the most serious being the Piper Alpha disaster in 1988, after which the UK introduced some of the most stringent safety regulations in the world, including guaranteeing that all operators have detailed safety cases which analyse the potential dangers on an installation, the consequences of any incident and their methods of controlling these risks.

The initiative by Mr Huhne and his department comes as pressure on BP, and in particular its chief executive Tony Hayward, continues to grow.

US President Barack Obama told NBC that he had visited the Louisiana coast “so I know whose ass to kick” and singled out Mr Hayward for criticism following the BP chief’s comment that the Gulf is “a big ocean”.

Mr Obama said: “He wouldn’t be working for me after [that] statement.”

BP said on Monday that the cost of its response to the disaster in the Gulf had reached about £860m, but this does not include £249m for further measures to protect Louisiana’s wetlands from the spreading oil.