The government has scrapped the Low Carbon Buildings Programme in a move it says will save £3m. The closure is part of the government’s £6bn-worth of spending cuts announced on […] 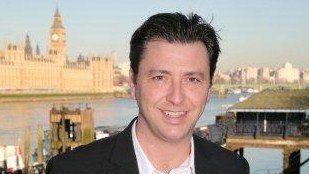 The government has scrapped the Low Carbon Buildings Programme in a move it says will save £3m.

The closure is part of the government’s £6bn-worth of spending cuts announced on Monday. Of this £6bn, some £85m will come from the Department of Energy and Climate Change, with the first casualty being the LCBP.

DECC says that half of the £85m will come from efficiencies and other savings across its central spending and its “arm’s length bodies”.

The other half of savings come from “cutting or slowing down planned expenditure”. This, says DECC, will account for around £43m.

The department closed all new applications to the LCBP at 6am on Monday.

The LCBP programme provided around 20,000 grants for the capital and installation costs of microgeneration equipment which in turn have produced lifetime carbon savings of 300,000 tonnes of CO2.

DECC said that the introduction of feed-in-tariffs last month meant that “LCBP is no longer required for electrical microgeneration”.

Applications for payment this year and next are unaffected by the closure of the LCBP, nor are applications that are been received and are currently undergoing due diligence.

DECC stressed that the LCBP has not been singled out for cost savings. It said: “It is one of a number of areas where savings have been identified during a thorough review of expenditure. To make sure that savings could be maximised, it was decided that closure of LCBP (and other areas) should be made immediately to prevent a run on remaining funds.

Applications worth £63m for payment in 2010-2011 under the Renewable Heat Initiative are not affected.

British electro-technical industry group BEAMA is dismayed at the news. Marketing director Kelly Butler said: “Given the economic situation, we appreciate cutbacks are inevitable and not an easy task. But BEAMA is concerned over the funding gap presented by the LCBP closure.

“Government has rightly recognized that the Renewable Heat Incentive would take up the role of incentivizing renewable heat technologies such as heat pumps. But, we are also concerned that government has not now made a clear statement showing support for the RHI, which would give confidence to the market.

“Without this commitment, we question the UK’s ability to ensure 12% of heat is renewable by 2020 – that is the heat contribution to the overall renewable target.”