Yesterday’s Queen’s Speech at the opening of Parliament offered an extremely broad-brush approach to energy. In the speech, the only mention of energy was one sentence: “Legislation will be introduced […] 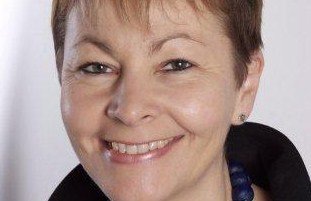 Yesterday’s Queen’s Speech at the opening of Parliament offered an extremely broad-brush approach to energy.

In the speech, the only mention of energy was one sentence: “Legislation will be introduced to improve energy efficiency in homes and businesses, to promote low-carbon energy production and secure energy supplies.”

Outside Parliament following the speech, Energy secretary ChrisHuhne told ELN that people should not be surprised at the sparseness of detail.

“There never is detail in the Queen’s Speech: it’s always a series of headlines. After all, we have an 18 month session and we are talking about 20 Bills here and you can’t go into a lot of detail in that.”

But he stressed: “The key point is that there will be an energy saving and energy security Bill.”

Earlier in the morning before the opening of Parliament, Mr Huhne said: “The Queen’s Speech and last week’s programme of government make clear that energy security and taking real action to tackle climate change aren’t add-on extras for this new government, but are vital to our national interest.

“The Energy Bill is designed to help consumers put a stop to wasting energy in their homes through a green deal while making sure our energy system is fit for the 21st century.”

While the exact contents of the Energy Bill 2010 are not yet known, the Department of Energy and Climate Change said that it may include measures to regulate the carbon emissions from coal-fired power stations, reform energy markets to deliver security of supply and ensure fair competition and establish a framework to develop a smart grid that will ‘revolutionise’ electricity.

She said: “Yes, there is some commitment to energy efficiency, but the detail is lacking.”