In a £13.5m deal, Scottish and Southern Energy is to build Scotland’s largest biomass plant in north Ayrshire, which will use animal sludge and waste food to produce renewable energy. […] 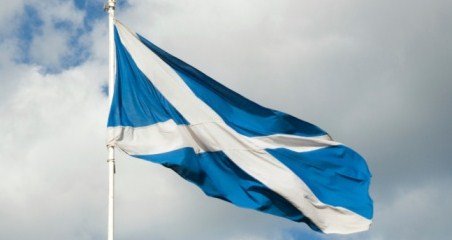 In a £13.5m deal, Scottish and Southern Energy is to build Scotland’s largest biomass plant in north Ayrshire, which will use animal sludge and waste food to produce renewable energy.

The anaerobic digestion plant, at a landfill site at Barkip, is expected to be operational by next year. It will be capable of processing around 75,000 tonnes of waste a year, producing around 2.5MW of renewable energy.

Anaerobic digestion is a natural biological process which uses bacterial cultures within enclosed silo tanks to generate methane rich biogas from waste organic materials and energy crops such as grass silage. The biogas is captured and used to fuel engines which will generate renewable electricity.

Environment Secretary Richard Lochhead said: “This major investment helps place anaerobic digestion at the heart of waste policy and emphasises the importance of renewable energy. The £2.2m grant to SSE demonstrates a robust commitment by the Scottish government to invest in the future of a zero waste Scotland. The Barkip plant will be the largest of its kind in Scotland and will divert a staggering 37,000 tonnes of food waste from landfill each year, reduce greenhouse gas emissions and recover value from resources that would otherwise be wasted.”

Today’s announcement is further evidence of our drive to produce clean renewable energy and stimulate economic growth through green jobs.

“I particularly welcome the partnership between SSE and William Tracey Ltd.This is an exemplar joint venture that will assist in making the Scottish Government’s aspirations of a zero waste Scotland a reality, waste managers working with energy suppliers to make Scotland a cleaner, greener place to live.”

SSE chief executive Ian Marchant said: “Biogas has the potential to be one of the most important new generations renewable and sustainable energy solutions available to us, capturing the energy contained in waste. SSE is excited about entering the biogas market, which we believe offers opportunities beyond on-site electricity generation to include connections to the gas distribution network in the future.This new project will enable SSE to gain experience in owning and operating this technology so we are well placed to bring that knowledge to future projects in Scotland.”